Report of the Faljyotish (Astrology) Survey

After we announced the survey, within a day or two we received around 150 telephone calls of Astrologers from all over Maharashtra informing us their willingness to participate in our survey. We asked them to send us a stamped envelope and their personal information in a prescribed form.
Meanwhile a team of Astrologers headed by Mr. S. S. Bhat ( President, Maharashtra Jyotish Parishad), Mr. V. D. Bhat (President, Pune Jyotish Parishad) and others met Prof. Kunte at his residence expressing their concern regarding the Survey. Since Dr. Narendra Dabholkar was a party to the organization of the survey, the astrologers were thinking that the survey will be biased. Prof. Kunte explained to them the detailed procedure of the survey and explained to them the fact that Dr. Dabholkar or Dr. Narlikar had no active role in the conduct of the survey. Dr. Kunte as a statistician was solely responsible for the survey and that it will be conducted in as unbiased manner as possible. Further it will be a double blind survey. All this explanation did not convince the Astrologers and in a meeting presided by Mr. S.S. Bhat the astrologers decided to boycott the survey and requested the astrologer’s community to follow suit. In spite of this boycott 51 astrologers from all over Maharashtra did send us the stamped envelopes for getting the horoscopes. They were given one month time to send their results.
Mean while on 01/06/08 Mr Nandkumar Jakatdar of Brahan Maharashtra Jyotish Mandal organized a seminar on the topic ‘Whether surveys are necessary to vindicate the FalJyotish’. In this seminar some astrologers along with Prof. Kunte and Dr. Dabholkar also participated. Dr. Dabholkar explained why astrology is not a science. Prof. Kunte explained the procedure of the current survey in detail. He further mentioned that, if astrology is to establish itself as a science, it can’t escape validation by surveys. Not only the present survey but many such surveys, on many topics, by many workers, repeated several times are necessary before validating astrology as a science. He also mentioned that, since the current survey accepts anybody to participate in the survey, who claims to be an astrologer, the current survey will be able to say something about the community of astrologers as they exist in the society and not about the subject of astrology. Mr. Nandkumar Jakatdar in his concluding remarks said that he could give a set of ten rules which can be used on the horoscopes to answer the question. He also asked the astrologers to participate in such surveys provided they were organized in a fair manner after consultation with the astrologers.
Following this meeting the next day Prof. Kunte met Mr. Jakatdar to discuss this matter further. A suggestion was made to ask the astrological institutions to participate in a separate concurrent survey at the institutional level, wherein the entire set of all the 200 horoscopes, numbered randomly, would be given to each institution and that they can get the horoscopes examined by their members using the common rules. This would be a better test of astrological rules. Mr. Jakatdar agreed to this proposal. He told Dr. Kunte that he would definitely participate in such a survey and further he would discuss this matter with various other institutional heads.
A formal appeal in this regard was sent to many Institutional heads. Unfortunately only two institutions agreed to participate in such a survey. They were Jyotish Vidya Prasarak Mandal headed by Mr. Maratkar, Pune and Chiranjeev Astro Research Institution Pune headed by Ms. Sunanda Rathi.
Mr. Nandkumar Jakatdar for the reasons best known to him decided to back out from the survey. Only Mr. Maratkar did finally submit the answers. Ms. Sunanda Rathi for reasons best known to her did not submit the answers or even communicate her reasons for not responding.
Even though Mr. S.S. Bhat had boycotted the survey, he kept meeting Prof. Kunte to discuss various aspects of astrology. He gave Prof. Kunte one of his books, which according to him is used as a text book on astrology in some university. This book mentions a rule which can be used on a horoscope to decide whether the horoscope belongs to a man or a woman. He claims that the rule gives the correct result at least 60% of the times. We used this rule on the two hundred horoscopes that we have. It predicted the sex correctly for only 94 cases out of 200 cases. If the claim of at least 60% right answers is correct, according to statistics the probability of getting only 94 correct answers is less then 5%. In another meeting Mr. S. S. Bhat gave another rule to decide whether a horoscope belongs to an intelligent person. For this rule again Mr. Bhat gave 60% probability for correct prediction. We used this rule on our 200 horoscopes. It predicted 150 persons out 200 to be intelligent. Out of these 150, 75 were really intelligent and another 75 were mentally retarded. These results speak for themselves.
We now report the results of the present survey. In all 51 astrologers sent us the stamped envelopes to get the horoscopes. Sets of 40 horoscopes were sent to them. At the end of the survey only 27 astrologers sent back their answers. The others did not even communicate their reasons for not responding. Out of the 27 astrologers, 26 astrologers sent their personal details. We give here the general profile of these 26 astrologers:
15 astrologers practice astrology as a hobby, 8 are practicing astrologers and three did not answer the question related to their practice of astrology. For the 8 practicing astrologers their average experience is 14.4 years.
11 astrologers use Nirayan method out of which 3 also use Krishnamurty method, 7 use Sayan method, 1 uses only Krishnamurty method and the remaining 7 did not mention any specific method.

The table below gives the distribution of the astrologers according to the years of experience:
Table

To conclude the report, the findings of the present survey, hardly support the claim of the predictive power of astrology on the basis of his horoscopes, at least for the question regarding the intelligence of a person. Of course astrology discusses many other aspect of the personality and behavior of individuals on the basis of their horoscopes. Many other surveys will be needed to say anything conclusively, with confidence, about the subject of astrology as a science or otherwise. This survey for certain, does not support such a claim of astrology being a science. In fact, the present survey goes against astrology being considered as a science.


Posted by Prakash Ghatpande at 8:09 pm

Email ThisBlogThis!Share to TwitterShare to FacebookShare to Pinterest
Labels: चाचणी

A vibrant, fruitful and open academic discussion is going on in a group ‘astrology a science or myth’ at http://www.facebook.com/groups/sanatjain/
to find as to how astrology is bogus. Readers may join.

A vibrant, fruitful and open academic discussion is going on in a group ‘astrology a science or myth’ at http://www.facebook.com/groups/sanatjain/
to find as to how astrology is bogus. Readers may join.

i am recommending these websites and thanking you for blog owner for giving a link offer visit:http://spiritualsadhana.com/

Astrology is fundamentally a blend of different frameworks, customs and convictions that rotate around the information about the overall situation of the twelve heavenly bodies. The term 'Astrology' has been gotten from two Greek words, aster/astrós signifying 'star' and logos/lógou signifying 'word/discourse'. Consequently astrology turns into the 'discourse about the stars'. The individual who rehearses visionary science is known as an astrologer. 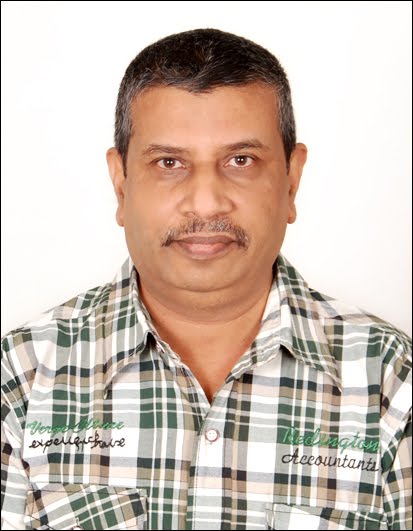